One of our big goals for 2018 was to remove all of the old carpets from our house. The carpets that we moved into were stained and old when we arrived. Things only went downhill once our squad of boys added to the mess. :/
See exhibit A of the state of carpet in our boys room: 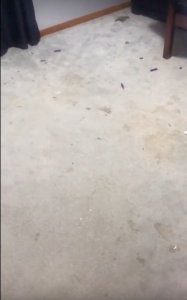 In previous homes, we had hardwood floors and we loved the look of them. They felt timeless, were easy to clean, and always felt fresh to us. However, we knew that we did not want the cost that hardwood floors brought with them so we had to compromise on our whole house of hardwood to “luxury” vinyl planks.

Our plan was to replace the first-floor carpet with luxury vinyl planks that look like wood. This included our living and dining area, and our playroom. But for the upstairs, which includes our three bedrooms, we knew we had some hardwood floors hidden beneath the carpet but we did not know the condition of them. We also knew from walking on the carpet and feeling the different levels that the hardwood did not extend into the hallway so we would need a transitional solution between the rooms.

The first bedroom went surprisingly quick, we finished in under an hour. We just rolled up the carpet and pad, then pried up the tack strips, and painstakingly pulled out the hundreds of nails and staples that held them down. The hardwood floors are in good shape, they show minor wear and tear without any big discoloration.
This giant crowbar was our favorite for removing tack strips quickly and easily.

Bedroom number two also went well and we finished in just over an hour. Our biggest mistake was to try to bring out the carpet in one piece. Rookie mistake! We should have cut it into three or four sections and carried it out. It would have been lighter and easier to maneuver to get outside. The hardwood floors in this room are also in good shape. There were a few minor stains that we will try to remove at a later date, probably by sanding.

The third bedroom, our master bedroom, left a surprise for us. Feeling confident from the first two rooms that we could finish in about an hour we did not prepare ourselves for the mess that was beneath. We removed the carpet to find a dark grey adhesive from previous carpet padding hidden underneath. The adhesive was thicker in some places than others but covered the entire room. 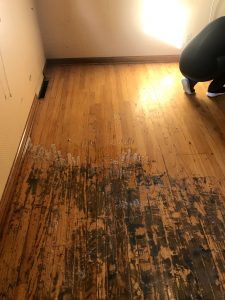 At first, I thought we were going to need to sand and refinish the floors. I prepared to get a floor sander and be displaced from this room for a week. But after a quick google search, we were encouraged that we had several options for removing the adhesive and saving the floor finish! I headed to Home Depot and got adhesive remover and several wall scrapers. I decided at that point to not purchase the heavy floor scrapers thinking that they would be too harsh and would remove more of the floor finish than we wanted.
Here is the remover that we purchased: 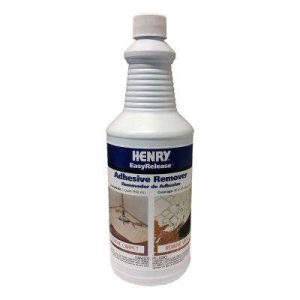 Here are the scrapers that I purchased: 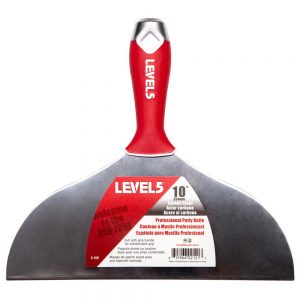 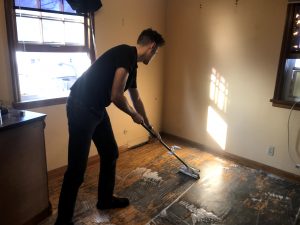 We applied the adhesive remover and let it sit for about fifteen minutes before we started scaping with the small scrapers. At first, the adhesive was scraping off relatively easily. We finished the first quarter of the room in about a half-hour. The next section was harder to remove, so we left the adhesive remover on longer in hopes that it would lift more of the adhesive. The directions on the bottle recommended to leave it on for one hour, but again we were nervous about wrecking the finish on the floor. The longer soak of the adhesive remover helped some, but it also seemed like the floor of starting to soak up the remover solution.

For the last quarter of the room, we were running out of steam and the adhesive was not coming off. The options that we faced, before resanding the entire floor, were that we either get a more industrial scraper or try pouring boiling hot water on the floor and melt the adhesive. I chose to try a heavy-duty scraper first. The heavy scraper helped remove more of the adhesive from the floor but also started to remove the finish off of the floor, which was my initial concern. We were able to remove ninety-five percent of the adhesive and we called it good for now.
Large  Floor Scraper:

I would not recommend that you use this scraper for the entire room if you can help it. The smaller scrapers were more labor intensive but did not remove the finish off of the hardwood floors. 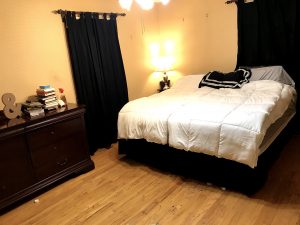 After the floors dried, I still see a slightly grey tint and remnants to parts of the bedroom floor. However, my short-term plan is to place a rug at the end of the bed to cover the area that was the worst of the finish.

The plan for the next phase (read: years from now) is to match the hardwood in the bedrooms to the vinyl planks in the hallway so that all of the floors flow together. 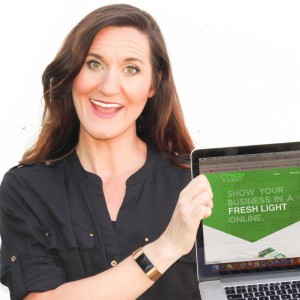 We’re Katie and Daniel, and we live in Champaign, Illinois. Over the last ten years we've lived in three houses and had three children. She likes powertools and he likes gadgets. Together we make a great team. 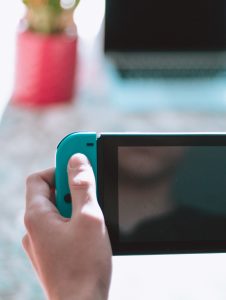